"One of Canada's most original writers of speculative fiction." —Library Journal

"The man is Sturgeon good. Zelazny good. I don't give those up easy." —Spider Robinson, Hugo and Nebula Awards winner

"His stories are a treasure trove of riches that will touch your heart while making you think." —Robert J. Sawyer, Hugo/Nebula/Seiun winner 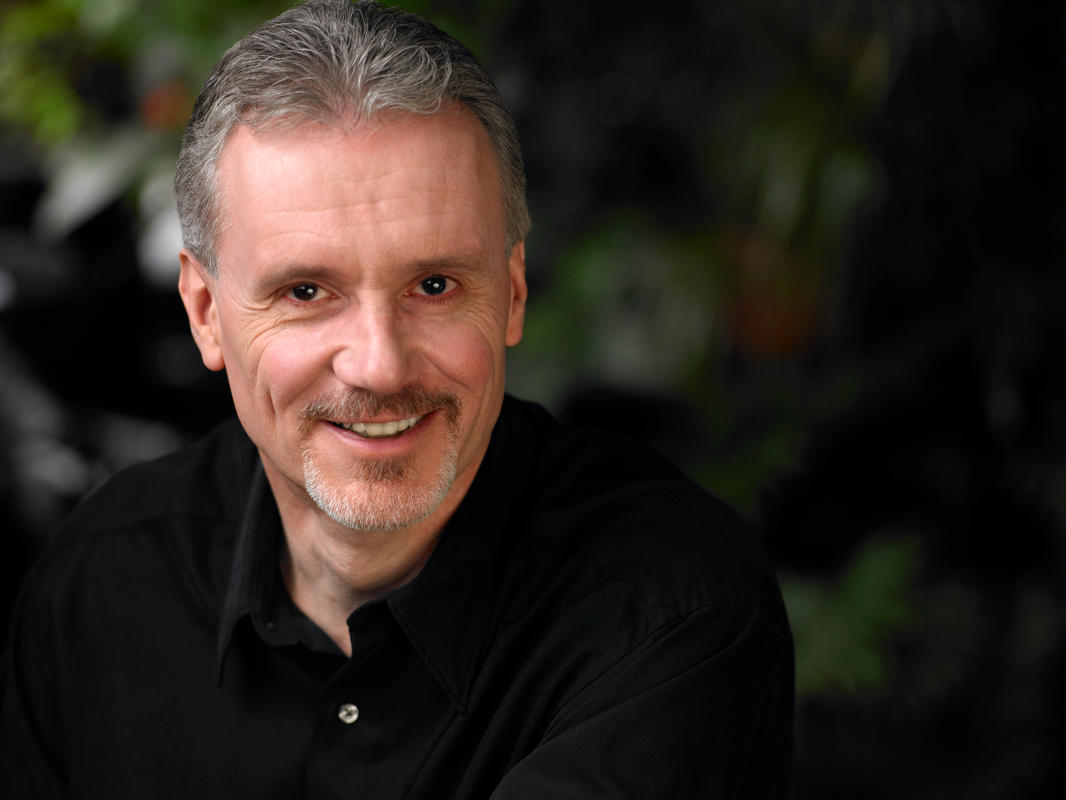 Hi! Thanks for visiting. I'm a multi-award-winning Canadian author of speculative fiction, published in twenty-six languages and thirty-five countries.

My books include the novel The Wolf at the End of the World, the collections Chimerascope and Impossibilia, and the writer's guide Playing the Short Game: How to Market & Sell Short Fiction. I'm currently writing book 3 of an urban fantasy series (working title: The Dream Rider Trilogy).

You can buy my fiction at all major retailers or directly from me. For free ebooks, store discounts, and more, join my monthly mailing list.

Enjoy the site! Feel free to send me an email or ask me questions on my writing on Goodreads here. Thanks for visiting!

Webinar June 18: How to make your short fiction work for you

I'll be giving an online workshop on June 18, 7-9 pm, as part of the Writer's Community of York Region ongoing webinar program. The workshop is the third in my series based on my writer's guide, Playing the Short Game: How to Market & Sell Short Fiction.

I posted earlier about the excellent Fantastic Beasts ebook bundle sponsored by SFWA and provided by StoryBundle, running to June 18.

One of my fellow SFWA members and bundle buddies, Susan Forest, has a novel, Bursts of Fire, in the bundle. Bursts of Fire is the first book in a planned seven-book series, so here's your chance to not only get a great bunch of books from established pros, but start yourself on a brand new series.

Susan Forest is a writer of science fiction, fantasy, and horror, and a four-time Prix Aurora Award finalist for her short fiction. Her epic fantasy, Bursts of Fire, came out in 2019 from Laksa Media, to be followed by Flights of Marigolds this summer.

She has published over 25 short stories which have appeared in Asimov’s Science Fiction, Analog Science Fiction and Fact, Beneath Ceaseless Skies, and Orson Scott Card's Intergalactic Medicine Show, among others. Susan has co-edited three anthologies (Aurora Award-winning Strangers Among Us and The Sum of Us, and finalist, Shades Within Us) on social issue-related themes with Lucas K. Law. Susan is past Secretary for the Science Fiction and Fantasy Writers of America (SFWA).

She loves travel and has been known to dictate novels from the back of her husband's motorcycle. Below is my interview with Susan. Enjoy! And please check out the Fantastic Beasts ebook bundle.

You're an established pro at short fiction, but Burst of Fire is your debut novel. What prompted you to move to the longer form?

I've always considered myself a fantasy novelist and actually began in the long form (check my bottom drawer), but branched into short story writing as a means to hone my craft by working with complete story arcs. The first few I submitted to my critique groups came back with the comment: "This is great! But it's Chapter 1 of a new novel."

Nevertheless I persisted, and started publishing short stories in 2005. I also branched out from fantasy into science fiction, horror, and even comedy. But fantasy, and long form, has always been my first love, so I'm thrilled that Laksa Media took me on for the Addicted to Heaven series.

What was it about the Addicted to Heaven story that attracted you to commit to writing seven books?

I love the world, the people, the ideas, the magic—to me the stories almost seem to exist in some real alternate time and place, and I am privileged to peer into that world and follow the characters as they confront the events in their lives.

Addicted to Heaven is not my only sandbox, though; I have a historical fantasy set in an alternate 1635 on submission at DAW, and have researched a fantasy thriller set in 1942, in northern France. I love all my worlds, probably because I get so immersed in them.

Did you know you were starting a series when you began writing Bursts of Fire?

"Doorways" part 2 now up at Tales to Terrify podcast site

I wrote earlier about my SF novelette, "Doorways," being narrated at the excellent podcast site, Tales to Terrify. Because "Doorways" is over 10,000 word, Tales spread it over two back-to-back episodes.

Part 1 went up last week and is available here. Every episode of Tales to Terrify is a lot of fun, so I'd suggest you just start at the beginning. But if you want to jump to "Doorways," it starts about the 12:00 minute mark.

Tales has now posted Part 2 here. Again, their episodes are very entertaining, but if you want to jump ahead, the concluding part of "Dooways" starts at the 13:20 mark.

My Heroka novel, The Wolf at the End of the World, is included in a brand new ebook fantasy bundle, Fantastic Beasts, from StoryBundle. All fifteen books in the bundle are by pro SFWA writers and all of them feature a ... well, yeah ... fantastic beast.

"Throughout human history, the creatures of myth have always been with us. From the gryphon's embodiment of nobility to the world-devouring snake that coils beneath the world till the end times, these beasts embody our hopes and fears. In these uncertain times, we need their strength, whether the great dragon is an obstacle to conquer or a friend to ride into battle. However they are used, they are the stars of this bundle, The Fantastic Beasts."

SFWA is an organization dedicated to promoting and supporting science fiction and fantasy writers worldwide. The Fantastic Beasts bundle was curated by SFWA members, presenting the works of fifteen different authors as they take on the theme in many different ways.

Pay what you want, and get the the base bundle with five titles. Pay at least $15 (c'mon, that's only a buck a book), and get the entire set of fifteen awesome novels.

The bundle runs from today until June 18, and then these great deals are gone. So grab your bundle now. Enjoy!

"Doorways" (part 1) now up at Tales to Terrify podcast 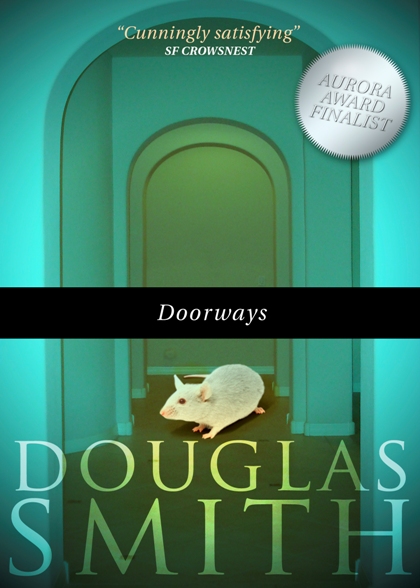 My SF novelette, "Doorways," is being presented in podcast form on episode #434 of the excellent Tales to Terrify site. "Doorways" first appeared in Postscripts Magazine from PS Publishing in the UK in 2008. It was a finalist for the Aurora Award the following year.

Because it's a long story, over 10,000 words, TtT is presenting it in two parts. Part 1 is up now, and part 2 will be going up in a couple of weeks. Dan Gurzynski provides the narration, and I think he does a fantastic job. "Doorways" starts at about the 12:00 minute mark of the episode. I hope you'll check out part 1, and return to listen to part 2 when it gets posted.

Dr. Lucius Rainer, head of research at GenTech, is dead. But to Jack, it seems that his old mentor still lives on through his house. Certainly, Rainer's strange island retreat exudes the personality of its late owner: isolated and eccentric, brooding and uninviting.

The house will open only to Jack's biometrics, and will only allow two very specific people to accompany him: Wendy, Jack's now ex-wife, and Deak Sanderson, Wendy's new lover and Jack's former rival at GenTech. As the three of them explore the house and its secrets, Jack discovers that some doors—in this house and in life—should never be opened.

"A couple months ago I was introduced to Douglas Smith by way of his collected short stories, Impossibilia. So I was looking forward to his story 'Doorways' and was not disappointed. ... This story has a cunningly satisfying conclusion. I find a good short story falls into two categories: There is the complete story, the novel miniaturised, which is a nearly perfect art form. These are hard to capture but constantly illustrated by such writers as Douglas Smith." —SF Crowsnest Book Reviews

"…is based on an interesting concept … The puzzles [in the story] and the final invention that they hint at are intriguing … Smith ties [the story's] denouement's metaphorical significance in well with the technological concept at the centre of the plot." —The Fix

You can still attend the last two of my free online workshops on how to market and sell short fiction, based on my Playing the Short Game writer's guide. The workshops are sponsored by the Newmarket Public Library and the Writers' Community of York Region (WCYR). You can still register online for the remaining two workshops, which will take place on the next two Tuesday evenings: April 28 and May 5.

This past Tuesday, workshop #1 covered rights and licensing for short fiction, how to build a strategy for marketing your short fiction, finding markets, picking the best market to start with, and how to submit (and how not to submit). See below for what the next two will cover.

This workshop takes a writer from when they learn an editor wants to buy their story to after it's published and the reviews start coming. Topics include:

Again, you need to register online with the library.

I'll be giving three free online workshops on how to market and sell short fiction, based on my Playing the Short Game writer's guide, sponsored by the Newmarket Public Library and the Writers' Community of York Region (WCYR). You need to register online for the workshops, which will take place on three consecutive Tuesday evenings: April 21, April 28, and May 5.

This workshop will give you critical advice on how to sell your short stories to professional markets and to build a career as a short fiction writer. Topics covered include:

This workshop takes a writer from when they learn an editor wants to buy their story to after it's published and the reviews start coming. Topics include:

I was on Chat and Spin Radio in the UK on Thursday April 16, talking about my writing. The short interview (ten minutes, maybe) is now up and available here, starting at exactly the 35:00 minute mark. Enjoy!

I'll be on Chat and Spin Radio today, April 16, at 1:40pm Toronto time (EDT) talking about my writing. Tune in if you're around then.