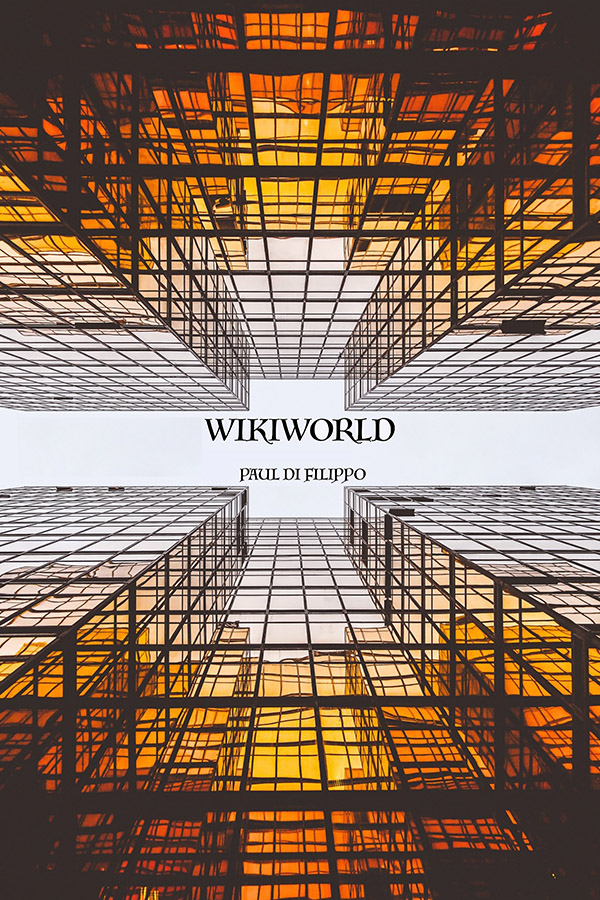 As part of the new *Exclusive* Dark Fantasy & SF Bundle that I'm curating for StoryBundle.com, a remarkable set of eleven titles by bestselling authors and rising stars, I'll be posting an interview here on my blog with each of the bundle authors. Well, except for me, because that would be weird.

Today, we start with the first of those interviews: Paul Di Filippo.

I have not had the pleasure of making Paul's acquaintance personally, but I certainly, like most fans of the genre, know his name. So, I was thrilled when I had a chance to include a Di Filippo title, Wikiworld, in this bundle.

Paul has a stunningly impressive body of work, with a dozen novels and hundreds of published pieces of short fiction. I know Paul's work primarily through his short stories, so it's a special treat to be able to offer one of his best and most recent collections in this bundle, which includes the title story.

If you enjoy the work of Rudy Rucker, Bruce Sterling, Neal Stephenson, William Gibson, Charles Stross, Paulo Bacigalupi, or Cory Doctorow, you need to read Di Filippo. And now you can!

Paul: It seems that as a child of the rebellious Sixties, I am always doomed to write about loners and rebels working either against established institutions or to subvert them from within. It’s evident in the titles story of this collection, where the hero reluctantly has to serve as head of state, and then topples the whole apparatus. But as I get older, I’m starting to see the value in traditions and established institutions, so maybe someday soon I’ll switch to writing about people who loyally and faithfully serve long-time organizations! Maybe like Poul Anderson’s Flandry.

Paul: I used to strive for at least 1000 words of good clean text per day, but now I’m happy with however little or much I do on any given day, so long as it moves the story along. It’s a matter both of having less energy and of being less angsty!

Paul: WHERE THE BLUE BEGINS, by Christopher Morley, a brilliant and touching animal fable about a canine philosopher and seeker after wisdom. It should remain perpetually in print. Whenever I see a used copy, I buy it to give away.

Paul: For decades now I have perpetrated “mail art,” the decoration by collage of my envelopes and packages that go through the US postal system. It’s slapdash fun with little artistic merit. But maybe if I had more time, I could turn out some really first-rate collages—without having to attach them to envelopes first!

Doug: What is your favorite childhood book and why?

Paul: I really loved IT’S LIKE THIS, CAT, by Emily Neville, which won the Newbery Award in 1964—probably the same year I read it. It told of a sensitive young boy seeking his place in the world, who had only his cat to confide in. Man, that’s the template for every fanboy alive! Plus it featured an exciting urban environment different from my suburban home town. I reread it a few years ago, and it holds up brilliantly—not true of every childhood fave!

Thanks, Paul! Check out Wikiworld by picking up the *Exclusive* Dark Fantasy & SF Bundle from StoryBundle.com before it disappears on September 9.