"The Red Bird" is lead story in new anthology 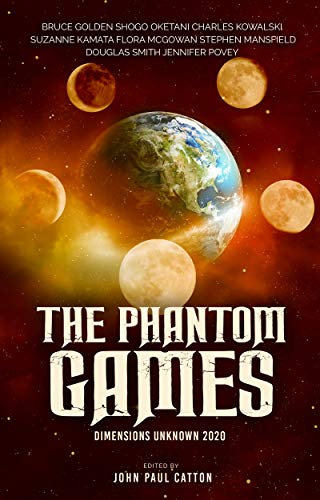 My short story, "The Red Bird," has been reprinted in the just-published anthology, The Phantom Games. I'm thrilled that "The Red Bird" has the coveted spot of lead story.

I'd mentioned this anthology last month. At that point, the book had the working title Excalibur 2020. The re-titled antho features stories about the Olympics or Japan (or both).

Its release originally was to coincide with the Tokyo 2020 Summer Olympics (hence the theme), but after the games were cancelled due to the pandemic, the book's release was delayed until the fall.

The anthology is now available as an ebook on Amazon. A print edition will be coming soon. I love how the cover uses five phases of the moon to echo the five Olympic rings.

"The Red Bird" is a martial arts fantasy romance story set in 15th century Japan and was a finalist for the Aurora Award.