Think of human emotion as a geography, with peaks of pleasure and valleys of pain. Imagine a drug that flips the valleys and makes them peaks, too. You react now to an event based not on the pleasure or pain that it brings, but solely on the intensity of the emotion created. Pain brings pleasure, grief gives joy, horror renders ecstasy. Now give this drug to a soldier. Tell them to kill. Not in the historically acceptable murder of war, but in a systematic corporate strategy—of xenocide. They will kill. And they will revel in it.

Welcome to the world of Scream.

Jason Trelayne is a Screamer, a soldier forced to take part in the enslavement or death of entire races. But Trelayne falls in love with Philomela, a Scream Angel, an alien who produces the addictive drug. Does he love her for her beauty, for the drug she gives him, from guilt for what he has done to her people? And does she love truly him as she swears? Or is he simply her only hope for freedom, for her and her entire race? Forced to choose between freedom and love, what will they do?

"…the book’s most skillfully crafted story…a multi-layered tale about a circus that features a pair of ‘angels’ who have the ability to produce a drug that produces pleasure based on intensity of emotion. Factor in that the owner of the circus is in love with one of the angels as well as addicted to the drug she produces, and the story quickly becomes one that holds the reader’s attention until the very end." —SpecFicWorld

"Smith describes a disturbingly plausible military application for the narcotic … The basic concept behind the drug strikes me as one of those rare ideas that seems at once so perfect and so natural that someone must have come up with it before; but if someone has, I haven't heard about it, and regardless Smith exploits the potential of the idea extraordinarily well here." —Strange Horizons

"…remind[ed] me of the reasons I love the author’s writing: his characterisation, attention to detail and recurring themes of love, faith and redemption." —SF Crowsnest Reviews

"The story has so many layers that I'm still sorting them out. And like an onion, I'm not sure if I'll ever find the final layer." —Tangent Online

"A dark and powerful story with a first line that sets the tone for what is to come: 'They stopped beating Trelayne when they saw that he enjoyed it.' (A++)" —Fantasy Book Critic

"Scream Angel was especially horrifying and compelling, and I wound up re-reading it again after I had finished the book." —Fluidity of Time 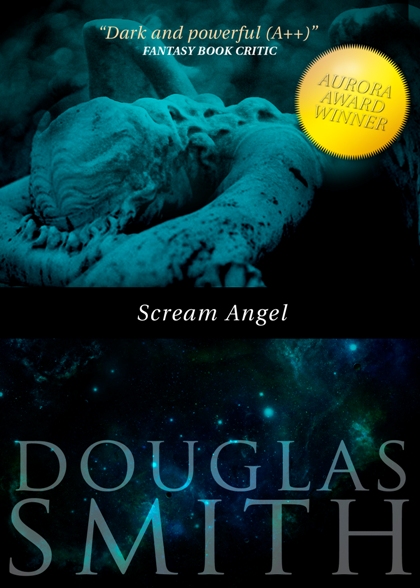