Out of the Light (ebook)

Jan Mirocek used to be a hunter. A very special hunter. Once, he had hunted the things that haunt the forests of the night in every culture of the world. The kallikantzari of Greece. The loup-garou of France. The kitsune of Japan. Were-beasts. Shape-shifters.

Until one night, Jan made a mistake, and the woman he loved died. Now he shuns the dark and his own past, hiding in a big city. For the were-beasts never come here. Or do they? People are dying in Toronto, and all signs point to a shifter.

But can Jan conquer his own fears to track down the killer? And what kind of shape shifter would be at home in a modern city?

"A creature-hunter tale that kept me guessing until the very last paragraphs. I was on edge throughout the whole story!" —Melissa Minners, Global Pop Culture reviews 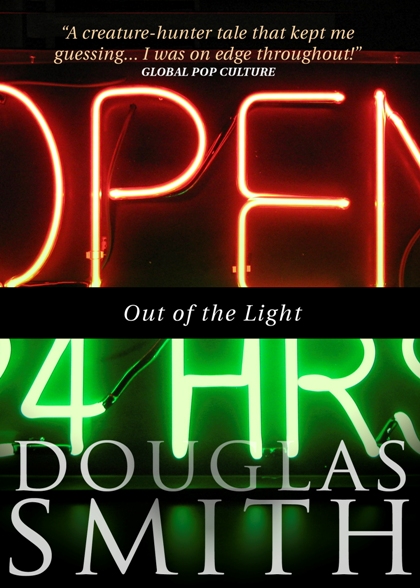