Not Only Humans Bundle: Now available at all retailers 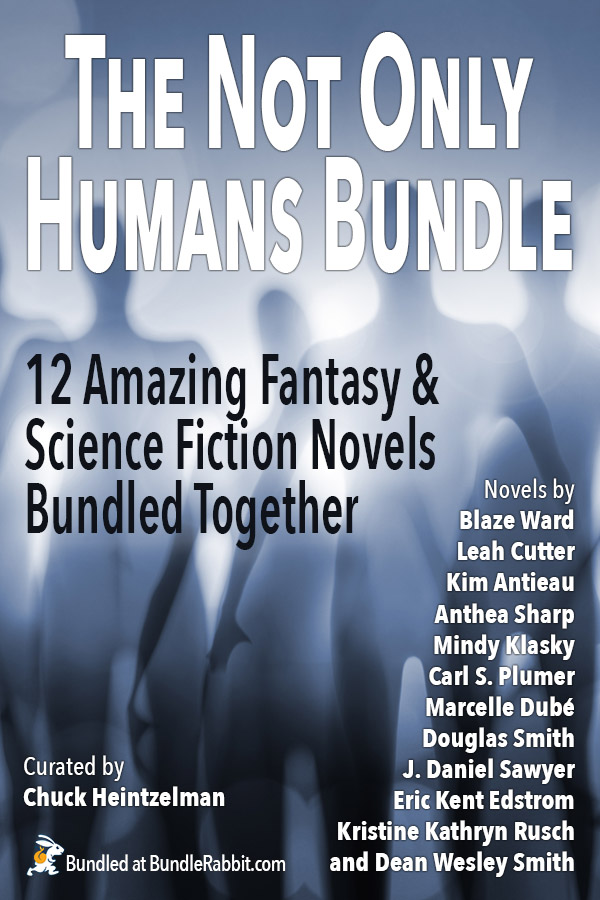 I wrote earlier about being included in the Not Only Humans ebook bundle with a bunch of amazing authors, including best sellers and award winners like Kristine Kathryn Rusch, Dean Wesley Smith, Anthea Sharpe, and Mindy Klasky.

That bundle, containing 12 novels for only $9.99, is no longer available at BundleRabbit. But it is now available for a limited time from all major ebook retailers as follows:

The bundle contains a dozen amazing fantasy and science fiction novels that take you from galaxy spanning alien cultures to the discovery of Bigfoot, gripping stories where humans and non-humans work together, fight each other, and even fall in love. But don't delay. The bundle will only be available at these retailers until mid-July, so don't miss out.

The Changeling Troll by Leah Cutter. Christine loves escaping into the make-believe world of her books. But when she meets her doppelganger she discovers there's also magic in the real world.

The Wolf at the End of the World, from Aurora Award-winning Douglas Smith (yeah, that's me). A shapeshifter hero battles ancient spirits, a covert government agency, and his own dark past in a race to solve a murder that could mean the end of the world.

Imposters by Blaze Ward. Aliens masquerade as humans to protect the human race, but when a protector goes rogue he must be stopped while keeping the alien's terrible secret from becoming known.

Queendom: Feast of the Saints by Kim Antieau. A seductive tale of love and betrayal. Aided by soothsayer androids, Queen Reina, monarch and CEO of Queendom struggles against court intrigue and emotional confrontations to save her country.

Fright Court by USA Today bestselling author Mindy Klasky. Sarah lands her dream job as court clerk for the District of Columbia Night Court. But after she’s attacked by a vampire defendant, Sarah wonders if she can ever bring order to the supernatural court!

Demon Days by Carl S. Plumer. Set in 2035,a darkly humorous look at a future filled with helpful robots but plagued by demons from outer space.

Royal by USA Today bestselling author Anthea Sharp. Winner of 2015 Book Buyer's Best Award,Faerie Brea Cairgead is forced to masquerade as a human in a mortal high school to carry out her mission for the Dark Queen. But when Brea falls in love with Royal Lassiter, a flawed human boy, her future - and her heart - will be put in grave danger.

Backli’s Ford by Marcelle Dubé. Set in 1911, we follow the first A'lle investigator for Lower Canada as she survives an ambush that would have killed a human. She fights prejudice in her constabulary and discovers a terrible secret that risks destroying the delicate balance that has endured for two centuries between A'lle and humans.

Undermountain by Eric Kent Edstrom. Perfect for fans of YA adventure and science fiction. When a group of teens are backpacking deep in the Canadian Rockies they meet Bigfoot. And it speaks to them! Soon they're caught up in a war between two alien races where the fate of the Earth hangs in balance.

Silent Victor: A Clarke Lantham Mystery by J. Daniel Sawyer. When a commando team of Gray aliens steals a Mars rock with microbial alien life in full view of the cameras, the victim turns to Clarke Lantham to solve the crime.

Star Rain: A Seeders Universe Novel by USA Today bestselling Dean Wesley Smith. The fight with the genetically engineered aliens seems impossible. Benny and Gina, both Seeders, stand on the bridge of their massive mother ship knowing they needed miracles to win.

This bundle is available for only a very limited time, so get your copy today.