By Her Hand, She Draws You Down (ebook)

Cath, a beautiful young sidewalk artist, is driven by a mysterious hunger that feeds from the portraits she draws of her victims. Joe loves Cath still, but as Cath’s hunger grows, so does Joe’s fear--fear that one day she may draw him down.

"The best of the bunch…a haunting variant on the vampire legend with an understated and brutal ending." —Publishers Weekly

"I was reminded of the tone of some of Harlan Ellison’s best work…where many of the protagonists seemed to be the unwitting victims of dark, irrational forces.” —The Fix

"A wonderful, creepy and suspenseful tale of a boardwalk portrait artist who struggles with a powerful dark hunger, and the man who, through loving her, must come to grips with his own inner demons." —Rainbow Dragon Recommends

"Well done and with a nice twist…" —Fantasy Book Critic

“Familiar subjects...dealt with in an original form and with a final turn that will surprise you.” — Bibliopolis 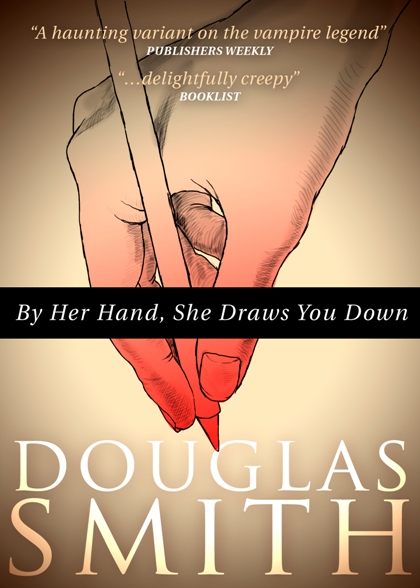